In 2015, Michael DiManno was CEO of a $40 million light industrial staffing agency in California. Never having an ex mod above .87, he entered the Los Angeles marketplace through an acquisition. In one year, his ex-mod went up by 100 points and almost destroyed the business. In large part the problem was a small number of litigated claims that artificially drove his incurred losses by 800% in just months.

DiManno decided he had it with the cumbersome and crazy California workers comp system and started a company called Samuel Hale. The name itself comes from two of our fore fathers who liberated this country, Samuel Adams and Nathan Hale. In the spirit of these revolutionaries, DiManno’s cry to his clients became “take back your business” from the lawyers who unjustly drive California comp costs to the highest in the nation. His goal was to

rebuild the employment relationship through a collective bargaining agreement (CBA) that created a win-win-win scenario. The CBA called The PACT allowed Samuel Hale to qualify for a “Carve-out” exemption under labor code 3201.7. The “Carve-out” allows you to create your own system that eliminates the friction between employers and employees by using Alternative Dispute Resolution for workers’ comp instead of the Workers Comp Appeals Board which allows lawyers to appeal anything and everything and extend the life of a claim for many years.

Those frictional costs are what DiManno targeted and has dramatically reduced through Samuel Hale. DiManno repurposes the waste, creating a savings for his clients and a pension benefit for the employees. After just two years and 1500 hours of service employees are 100% vested in any pension distributions. The pension has turned out to be a recruiting and retention tool for his clients in an economic period where good employees are very hard to find.

It's working! After spending a couple of years, getting approvals, building the system, and learning how to sell it, Samuel Hale is now on a massive growth curve as employers are becoming more familiar with its very different business model. In part that because Samuel can now demonstrate the dramatic savings the system has generated especially for employers who cannot afford one more year of bad claims. Samuel Hale’s clients averaged a 200 Ex mod with an average of over $50k per claim prior to coming aboard. After one year on average Samuel Hale clients see their average claim drop to about $6k. It is a game changer for those suffering for years with fraudulent and litigated claims. DiManno credits his team of experts that run this system and their dedication to helping Samuel Hale’s clients.

Samuel Hale has just released its latest product for the temp staffing industry called the Samuel Hale Exchange (SHE) and is working on a special product for the Delivery Industry that is being forced to convert their independent contractors to employees as a result of the Dynamex decision. DiManno loves difficult to solve problems and that will sure to prove to be a tough one.

Who is Risk & Insurance?

Risk & Insurance® is a monthly publication that covers the people, stories and risks that embody the essential functions of risk management and commercial insurance.

What is Risk All Star?

Risk & Insurance® strives to identify emerging risks and mitigation strategies, while covering the fascinating people who are drive the industry forward. Their goal is to inform and help industry professionals succeed in their careers as well as to inspire and motivate them.

Risk & Insurance® All Stars embody this credo. They stand out from their peers by overcoming challenges through exceptional problem-solving, creativity, perseverance and/or passion. By presenting their stories, Risk & Insurance® strive to recognize outstanding accomplishments while also providing their readers with ideas, solutions and motivation to overcome similar challenges. Winners are selected every year and are recognized in the September Risk & Insurance® publication. 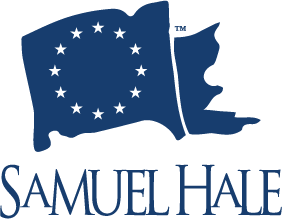